During the May half-term break a group of Year 8 students visited some of the wondrous sights of Italy. 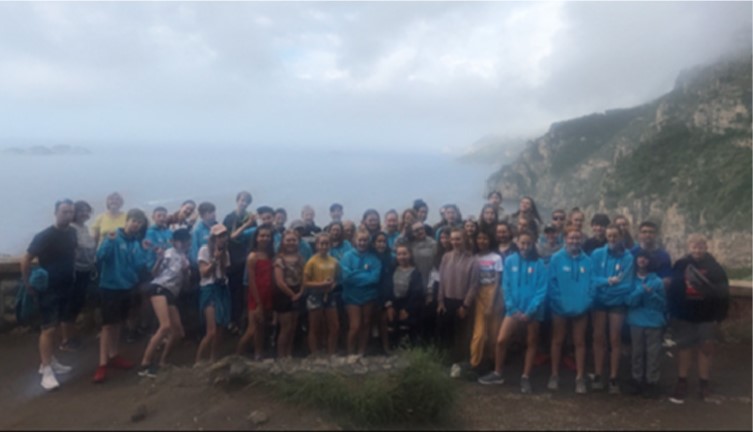 At 11.00am on Tuesday 28 May 48 Year 8 students began their journey to Italy.  On arrival at Gatwick Airport and a quick tour of duty free our flight was called at 3.30pm and although we were all nervous the flight was fine.  After two and a half hours we landed at Leonardo Da Vinci airport in Italy.

There was a four hour drive to our hotel in Sorrento so we all tried to get in some sleep on the coach.  Despite the long day travelling everyone was downstairs for continental breakfast at 7.00am the next morning.  After breakfast, we set out for our first day’s travel to the Bay of Naples for some sight-seeing and shopping.  On arrival, we were given money to buy ice cream; it was the best I had ever tasted - pistachio and cookies and cream.  We then explored the tourist shops before returning to the coach.

We were then taken to Ravello and ate the packed lunch that the hotel had provided.  After a short stop at Ravello we went back to the coach and travelled to Herculaneum which was one of the cities affected by the eruption of Vesuvius.  Once there, we were allowed to wander through all of the burnt out shells of buildings and along the ash-strewn paths.  One of the last sites at Herculaneum was several glass cabinets featuring the skeletons of some of those who had lived there, definitely the best part of the day.  We then returned to the hotel for relaxation before dinner which consisted of tomato pasta and chicken and chips.  After dinner we all wandered down to the beach. 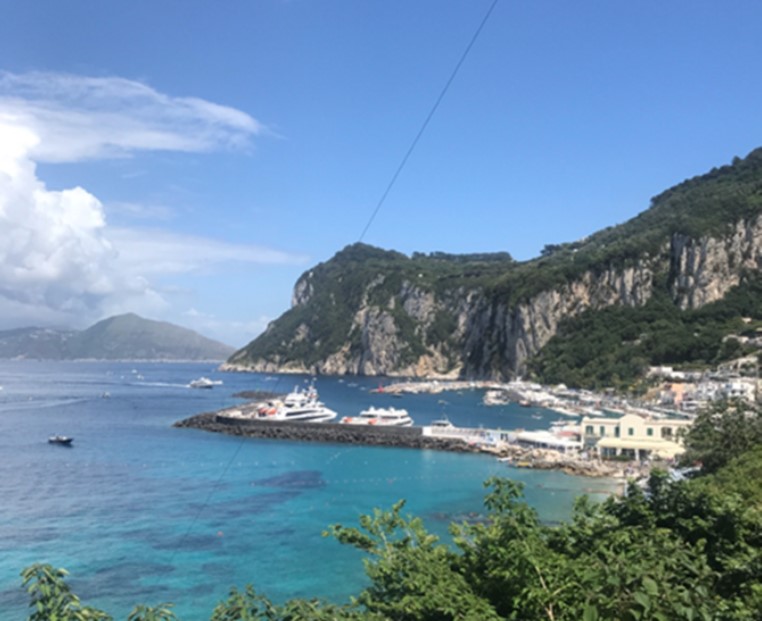 t day was probably one of the best, even though it was another early start.  After breakfast we went straight to the coach and were taken to the harbour to board a ferry to the Isle of Capri.  As soon as we arrived, we all walked into the main town and boarded a smaller laser boat, which took us on a guided tour of Capri, which provided great photo opportunities.  Following our tour we were all ready for lunch and some shopping time before climbing up some VERY steep steps to one of the highest points in Capri.  The walk in the heat was tiring, however the view once we reached the top more than made up for it as we could see all the luscious greenery of Capri as well as the glistening sea.

We were then given an hour break (much to our relief) and everyone scrambled to find shade.  We then made our way back down the steps, which thankfully was much easier, before we boarded the return ferry to find our coach back to the hotel for dinner.  After dinner, we piled back onto the coach and headed into the heart of Sorrento for some evening shopping.

On Thursday we had another early start.  Our suitcases had to be loaded on the coach as we were going straight to our hotel in Rome after we had visited Pompeii and Vesuvius.  We visited Pompeii first where, after looking at the plaster cast skeletons, we were split into two groups and taken on a guided tour.

Following our visit to Pompeii we were driven part of the way up Vesuvius where we ate at a pizza restaurant. The view from the balcony was amazing as you could see all of the countryside leading up the slope of the volcano.  However, after lunch we were driven up even higher to a trail that lead to the crater.  The steep winding path ahead seemed incredibly daunting but we all made it to the top and had a chance to see the breath-taking views.  Ironically, the walk back down the mountain was actually much harder as the path was very steep and there wasn’t much to hold onto.  About twenty minutes later, we had all safely made it back down and were taken to the coach to begin a two-hour drive to our hotel in Rome.  By the time we arrived and unpacked, we were more then ready to eat so we were taken to a nearby restaurant.

On the last day, we were told to meet in the lobby where we put our suitcases in the holding room.  We were then taken to the nearby McDonald’s for breakfast. 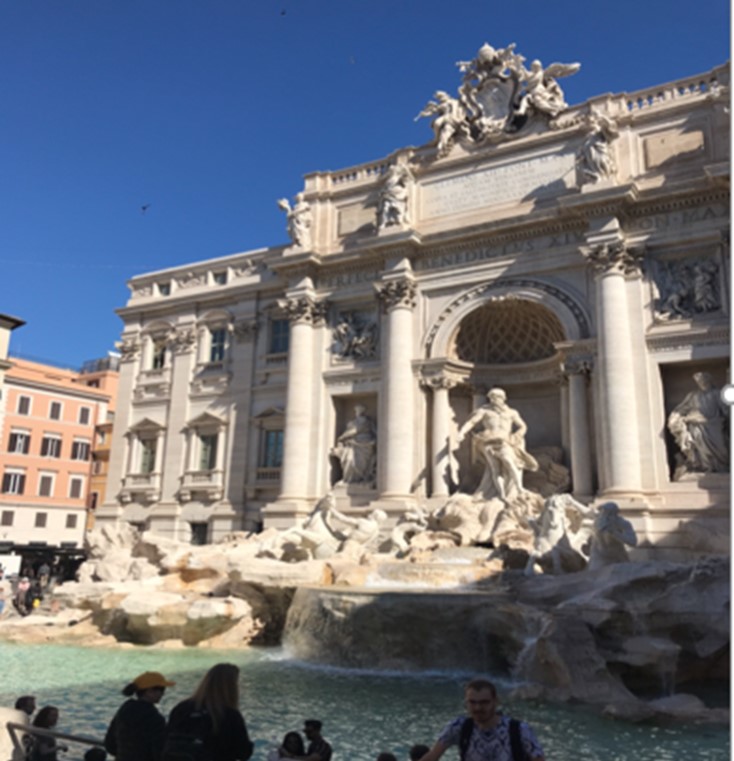 We wandered through several streets to the Trevi Fountain and then several more to the Spanish Steps.  Our next stop was a guided tour of the Colosseum.  After lunch and a little tourist shopping, our tour guides found us and took us to several more sites including the Forum.  Once we had finished our tour of Rome, we boarded the coach (for the last time) for our journey back to the airport.

The trip to Italy was a once in a life time opportunity. The trip was fantastic and would SO go there again -  very tiring but worth it!  One of the highlights was the boat trip around the Isle of Capri!

Thank you for such a great trip everyone!