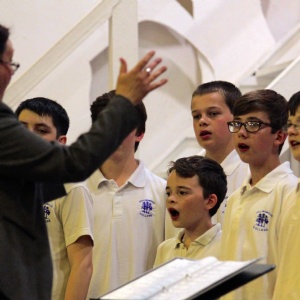 Four local schools raised their voices in a spectacular evening of song at Collingwood on Wednesday 9 July! 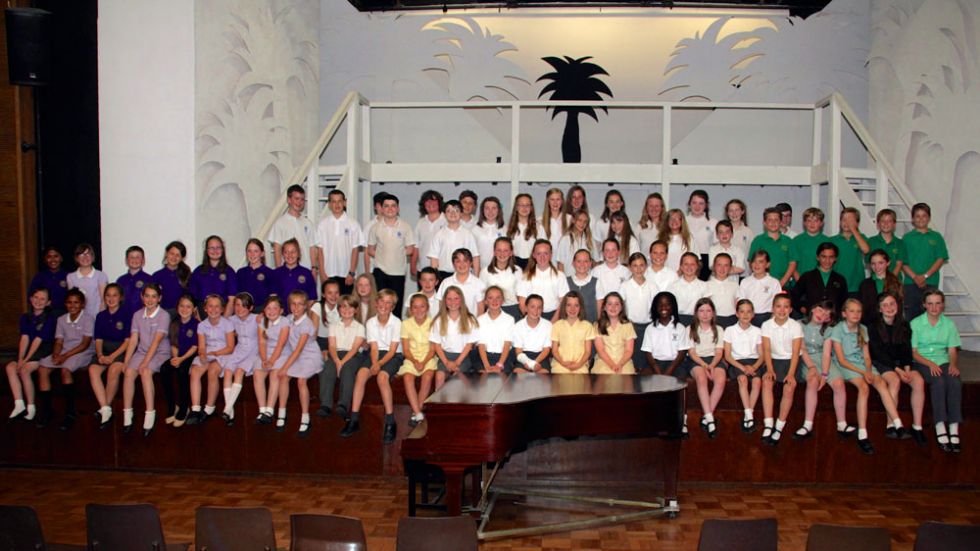 Four local schools raised their voices in a spectacular evening of song at Collingwood on Wednesday 9 July!   This is the second year that we have organised this annual event.

Cordwalles Junior School choir, under the direction of Mrs Coombs, got the evening off to a great start with a well-known folk song from Australia.  This was followed by pieces incorporating exciting moves and part singing.

Crawley Ridge Junior School, directed and accompanied by Mrs Davies, took to the stage next and wowed the audience with two songs performed at the same time!  The varied programme included a reflective well-known choral standard and current popular repertoire.

Collingwood’s choir, accompanied by Mrs Ramskir, made its appearance singing a gospel classic whilst moving from the back of the hall to the stage.  Musical director, Miss Pugh, said “the Music Department takes pride in the fact that so many boys sing in the choir – we have a 50/50 contribution from boys and girls”.  The choir’s performance continued with a slow, sustained piece followed by an uplifting one which the students really enjoyed performing.

Finally Mrs Thomson, musical director of Holy Trinity C of E Primary School choir, provided the largest choir of the evening.  The choir enthusiastically performed a traditional Congolese piece followed by popular songs and ended the evening with a religious piece, with a superb solo which delighted the audience.