On Monday 27 April the Year 7 boys' football team beat Salesian College 1-0 in the final of the District Cup. 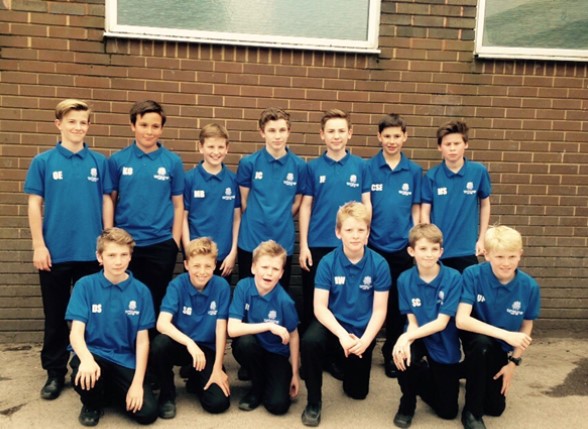 The game was played at Farnborough FC in front of a large audience.

The boys looked excellent in their brand new kit kindly sponsored by Asset Harbour of Camberley, Surrey.  The boys started brightly putting early pressure on, which led to Jakob Carl scoring; we could have easily doubled the lead soon after, with a few good chances.

The boys came out for the second half and on a very big pitch had to use every ounce of energy they could find to make tackles, track back, defend corners and multiple long throws which Oli Ewing dispatched of all night long.   The final whistle was looming and Salesians kept building the pressure but all of the team held out and the final whistle came!

This is an outstanding achievement for the boys in their first year at the College. They have done the double by winning the district league and the cup.  The boys have been a credit to the College throughout the season, always winning gracefully and shaking hands at the end of games.  I could not be more proud of their achievements.

Oli Ewing was awarded the Man of the Match award.